Some people will note that this penalty is a generalization of the standard \(\ell_1\) norm penalty1. As such, SLOPE is a type of sparse regression—just like the lasso. Unlike the lasso, however, SLOPE gracefully handles correlated features. Whereas the lasso often discards all but a few among a set of correlated features (Jia and Yu 2010), SLOPE instead clusters such features together by setting such clusters to have the same coefficient in absolut value.

SLOPE 0.2.0 is a new verison of the R package SLOPE featuring a range of improvements over the previous package. If you are completely new to the package, please start with the introductory vignette.

Previously, SLOPE only features ordinary least-squares regression. Now the package features logistic, Poisson, and multinomial regression on top of that. Just as in other similar packages, this is enabled simply by setting family = "binomial" for logistic regression, for instance.

By default, SLOPE now fits a full regularization path instead of only a single penalty sequence at once. This behavior is now analogous with the default behavior in glmnet.

Figure 1: Coefficients from the regularization path for a multinomial model.

The package now uses predictor screening rules to vastly improve performance in the \(p \gg n\) domain. Screening rules are part of what makes other related packages such as glmnet so efficient. In SLOPE, we use a variant of the strong screening rules for the lasso (Tibshirani et al. 2012).

In addition, the package now also features a function caretSLOPE() that can be used via the excellent caret package, which enables a swath of resampling methods and comparisons.

All of the performance-critical code for SLOPE has been rewritten in C++. In addition, the package now features an ADMM solver for family = "gaussian", enabled by setting solver = "admm" in the call to SLOPE(). Preliminary testing shows that this solver is faster for many designs, particularly when there is high correlation among predictors.

For a full list of changes, please see the changelog. 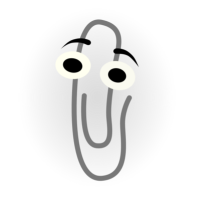